back to blog
May 13, 2014
How much does it cost to create a successful app?
byMark WilcoxinBusiness

The app stores contain a range of apps from hobbyist creations built for fun to the carefully crafted output of venture backed startups and mega-corporations that have had millions of dollars spent on their development. 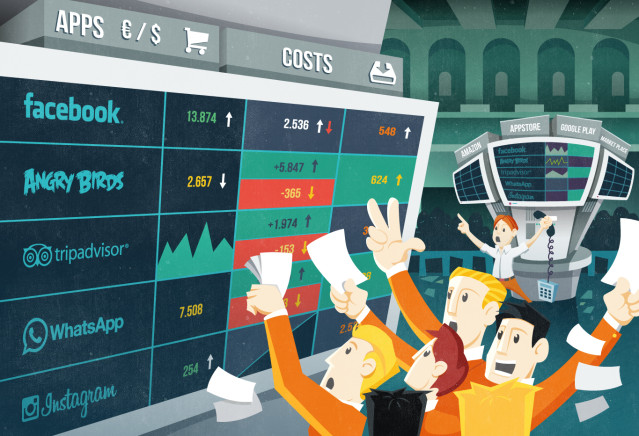 Even though the market is maturing and exceptionally well-funded developers have taken over the store charts, the occasional small independently developed app that goes viral can still break through and achieve a decent level of success. The question is, how likely is a small budget developer to succeed? What platforms give them the best chance of success? Where should the budget be spent? With all the competition out there, how much does a bigger budget improve your chances of turning a profit?

What are the odds?

In order to look at how budget can impact profitability it’s worth calibrating by the average chances of making a profit on each platform.

The figures in this chart are probably more positive than most industry observers would expect. Looking at the data it seems likely that many solo developers have valued their time at zero when reporting costs. For hobbyists and explorers, working in their spare time this might make rational sense. They don’t expect to be paid for the time anyway and their small app profits more than cover their other development costs. This is reflected in the slightly lower level of Android developers losing money versus iOS (there are far more hobbyists on Android than iOS).

On the most popular platforms – iOS, Android and HTML5 – there’s a general correlation between spending more on an app and making more revenue. However, not all spending produces equal results. Spending more on development only slightly increases the chances of making a profit, while increased spending on design and marketing are strongly correlated with higher probability of making significant profits. Higher spending on customer service is almost always associated with greater profit probability but here the causation is almost certainly in the other direction; successful apps incur greater customer service costs because they have a lot of customers! These platforms show very similar patterns but they aren’t identical. The biggest difference between them is that spending more on design for HTML5 apps seems to produce much less of a boost to profit probability than for either of the leading native app platforms.

BlackBerry 10 and Windows Phone show similar patterns of spending versus profit probability that are very different from the leading platforms. For small amounts of spending, there are similar patterns to the leading platforms. More investment, greater chance of a profit, with better returns from design and marketing spend. However, before reaching a level that would sustain a full-time designer or developer, the trend reverses; investing large amounts in any aspect of apps for these platforms reduces the probability of a profit and increases the chances of making a loss. This suggests that these platforms have not yet reached sufficient scale in terms of app revenues to sustain many highly complex or polished apps.

On the leading platforms, developers with budgets in the multiple thousands of dollars a month have roughly twice the chance of turning a profit on their apps as those spending minimal amounts. Even at lower spending levels, the probability of breaking even or better is reasonably high across all platforms, particularly for those investing in design and marketing. While it’s clear that only some of the platforms discussed above are likely to support scalable app businesses at the moment, there are plenty of opportunities to build profitable apps on any these top 5 platforms.

I’ve only scratched the surface of our data here. What scale of profit or loss can be expected on different platforms with different levels of investment? Are there optimal investment levels to maximize the chances of success? Which app categories are most likely to product a profit. What do successful app development companies look like at different sizes? All this and more is covered in our App Economy report.