back to blog
May 12, 2015
Why JavaScript will win on mobile
byMark WilcoxinLanguages

JavaScript is not the world’s most elegant programming language. So much so that one of the world’s top experts on the language wrote a book about “The Good Parts”. The book carries the headline “Unearthing the Excellence in JavaScript” because that excellence is quite deeply buried. Even so, it has rapidly become one of the most popular languages in the world. That popularity is deserved, because despite the flaws in the language, JavaScript gives developers significant advantages that they can’t get with other languages. Some of those advantages were created when browser vendors agreed to standardise on JavaScript (OK, technically ECMAScript) as the language for the web. Others are inherent to the web app programming model and more yet have been created through tooling enhancements. However, despite the fact that native apps are dominating web apps on mobile devices, JavaScript’s advantages are steadily transferring to mobile. Will it eventually dominate there too? 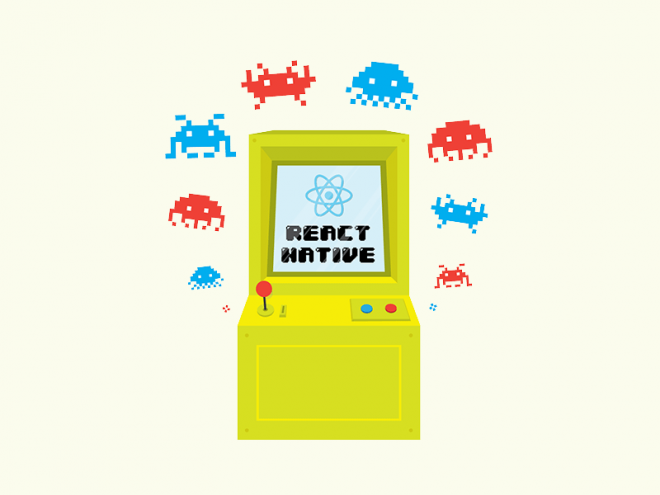 The latest TIOBE Community Index has JavaScript in 6th place amongst all programming languages and rising. The TIOBE method of ranking tends to favour older, more established languages and is not so quick to pick up trends. By contrast, the Redmonk rankings have JavaScript in first place. The Redmonk method is somewhat biased towards languages with strong open source communities but more accurately reflects current interest and trends. Our own Developer Economics surveys have shown that [tweetable]HTML5/JavaScript combination is the second most popular language amongst mobile developers[/tweetable] with 55% using it, just narrowly behind Java (at 57%). However, even if we combine those who prioritise HTML5 and JavaScript (19%), they’re still a long way behind Java (29%) on this metric. It seems likely this is going to shift significantly over the next few years. [What do you think? We have a new survey out, so take the survey and let us know your thoughts]

JavaScript breaking free from the browser

This is not a standard “the web will win” argument. I don’t believe that browser or webview-based apps will eventually dominate on mobile devices. Use will grow but they won’t be the norm. If true open web standards are to dominate in the future then they need to move on from the Document Object Model (DOM). The DOM is a base for building documents, not apps. Of course you can build an app around a platform originally designed for documents but you’re starting from a position of handicap. Look at the modern frameworks that allow you to build fairly performant apps for mobile browsers/webviews: React.js, Famo.us and Ionic. All three share the common feature of touching the DOM as little as possible.

Yes, there’s WebGL (or HTML5 Canvas if you must) too but those are low level graphics APIs. You need large, probably multi-megabyte, frameworks on top to create a good platform for building most apps. That’s not a good fit for the web app programming model, where the latest application code lives on a remote server, particularly not in a mobile environment. It’s true that you could have a hybrid app with a large framework on top of WebGL stored locally and just fetch the application specific code from the server but then why use the browser at all? Why not just JavaScript on top of some other cross-platform framework built for hardware graphics acceleration (hint: Qt has a nice offering here). One with a higher level API so there’s not so much overhead bridging between languages. Perhaps also one that’s less restricted when it comes to accessing device specific functionality.

There are now a couple of really interesting new options that fit this description, React Native and NativeScript. These work in different ways but both build apps with a native UI using JavaScript. Appcelerator’s Ti.Next may also be interesting, although they’ve been talking about it for a couple of years without an actual release yet, so we’ll wait and see.

Here is where Apple has restored JavaScript’s advantage on mobile. A key thing that has prevented most developers from adopting an agile, web-style continuous delivery model on mobile is Apple’s ban on code downloading. Without that iteration is significantly slowed and split testing is much harder to do. This effectively means developers, particularly startups, learn slower. Until very recently, the only ways to get more rapid iteration were to go Android first, or build a hybrid app, since Apple made JavaScript downloaded in a webview an exception to the code downloading rule. In the first case it means moving away from the platform with the most early adopters. Unfortunately in the second case the UX trade-offs are too great, with most developers that went that route for a consumer app failing or switching to native. But in iOS 7 Apple added the JavaScriptCore interface to their own JavaScript runtime and in the latest iOS Developer Program License Agreement they modified the exception to code downloading rules to include JavaScriptCore.

This makes sense from a security perspective. Apple can audit and update their own runtimes, whereas if they allow 3rd party runtimes to download code they have no effective way of monitoring or dealing with security issues. Since JavaScript is Apple’s only scripting option and they can’t allow native code downloading, JavaScript is restored to a privileged position – the only option for those that want to iterate fast. The availability of JavaScriptCore triggered efforts like React Native and NativeScript and the timing of Apple’s relaxation of the code downloading policy has been perfectly timed for their public release.

Web advocates sometimes suggest that the open-standards-based web must eventually win because open always wins in the end. However, Linux is a very clear case where an open ecosystem thrives without a committee agreeing standards. With React Native, Facebook appears to be very rapidly building a developer ecosystem around their open source project. Already having a rapidly growing community around React.js obviously gives them a headstart but the NativeScript team at Telerik are working with Google such that Angular 2.0 should integrate seamlessly. Google are going to support non-DOM environments whether the web standards go in that direction or not. Microsoft and Google might take a long time to agree on the standards they’ll implement in their future browser versions but they’re working together on TypeScript, to make it easier to build complex apps with JavaScript (it turns out compilers are much better than people at spotting type mismatches).

Apple has built some fairly impressive tooling for their new Swift language, particularly the interactive playgrounds. However, Facebook possibly already has a better developer experience with React Native in terms of immediate feedback and rapid cycle times whilst coding. Apple will continue to iterate on that tooling alone, whilst the developer community can now enhance the tooling for these new JavaScript environments. Android may technically be open source but it’s not open in terms of community contribution. Google are enhancing the Android platform and tooling alone. [tweetable]Perhaps it’s really open developer communities that win[/tweetable] and genuine open source based communities can iterate faster than open standards based ones. For these “native UX built with JavaScript” environments to succeed, the platforms don’t have to lose. Apps will still be tailored to the platform look and feel and adopt new platform-specific APIs.

Javascript will win on mobile.

At the moment it looks like the very open JavaScript developer community will win because they get to build apps with native look, feel and performance but a web-style development experience. The closed platforms also win because apps are still being tailored for their captive ecosystems. For now, open web standards lose. It seems likely they can only win if the mobile browser vendors can agree to new standards that enable the creation of apps that genuinely offer an equivalent experience to native ones.

Update: Where we right in our predictions? Here is a latest update on the popularity of Javascript.

What do you use?

Do you think JavaScript will dominate on mobile in the future? Or Java, Objective-C and Swift will continue to lead? What about for the Internet of Things, or on the backend via Node.js? Let us know what you’re building your apps with by taking our survey.