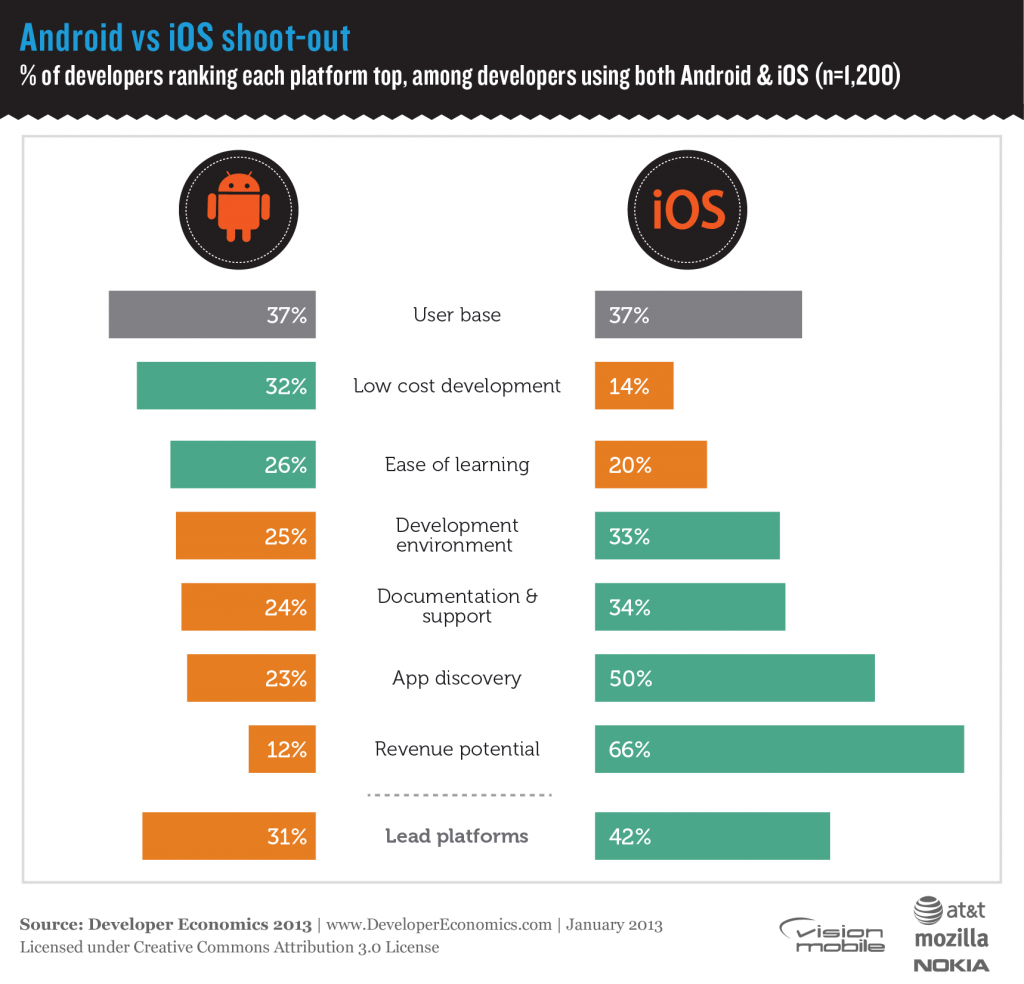 We asked developers to pick the top platform, among all platforms they have used or are planning to use, on a number of different aspects of mobile development such as discovery, learning curve and monetisation. We then compared how iOS and Android fare against each other, based on the opinions of developers using both platforms.

The outcome is a tie when it comes to user base, with developers’ opinions divided between the two platforms. However, iOS was ranked higher on 4 out of the six remaining categories, with a clear advantage on app discovery (50% iOS vs. 23% Android) and revenue potential (66% iOS vs. 12% Android). The perception that iOS provides better monetisation opportunities is well engrained with developers and is backed by Developer Economics 2013 survey data. App discovery has developed into a problem for both platforms given the size of their app stores, which now well exceed 700,000 apps. However, despite some initial complaints about the new curation model on App Store, the developer verdict is quite clear on app discovery, which goes to iOS. iOS also leads, but with a smaller margin on development environment and documentation & support.

Android has a clear advantage on development cost (32% Android vs. 14% iOS) and a small lead on the learning curve ( 26% Android vs. 20% iOS). However the total score for the two platforms on the latter two aspects was lower than 50% indicating that most developers that use both Android and iOS believe that neither is best in these areas. In fact 24% of developers among those using Android and iOS indicated that HTML is the best platform in terms of learning curve while 7% indicated that its Windows Phone.