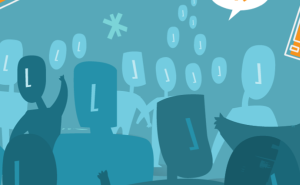 One question that divides opinion among developers is when to start marketing your app. Some say if you start marketing too soon, the early interest you create will dissipate before you actually have something to sell. Others argue that you can’t start talking about your app soon enough, build a following of early adopters and you have great word of mouth marketing and an initial sales boost to climb the store charts. What if you can have the benefits without any of the downside? It might just be possible with crowdfunding.

How does it work?

Crowdfunding enables potential users of a product or service to pledge their financial support for it before it is complete. In most versions a funding goal is set and backers of the project only pay if the goal is reached. In most cases the developers get the money for a successful crowdfunding pitch as soon as the funding period ends. Although there are forms of crowdfunding that involve backers making an investment in a company producing the product (recently made legal for startups in the US), the most popular form for mobile apps is simply pre-selling the app to future fans with some optional T-Shirts or similar low-cost swag.

This enables developers to test their app idea in the market without investing lots of time, effort and money into developing and polishing the finished product. A pitch video and description on a site like Kickstarter could be considered a very minimal version of the minimum viable product. Dropbox famously started out by launching a video demo of what their product would be like. If you can’t find a sufficient number of early adopters interested in your app concept before you’ve finished building it, maybe it’s not worth building? This is an exceptionally lean way of getting early feedback on a product as well as early adopter customers.

Kickstarter is the most popular crowdfunding site, it launched in 2009 and mobile app developers started using it in 2010, with the number doing so each year growing rapidly. It has had some high profile successes with big budgets but also a high failure rate. There are some excellent stats and advice available for increasing your chances of success. If you only use the crowdfunding campaign to find early adopters, rather than try to fund the entire app development then your chances of success are much higher, $10k projects have a 38% success rate versus 18% for $50k projects and 7% for $100k projects. Some projects exceed their funding goal by many times, although this is very uncommon.

A drawback to this approach is that it really depends on a direct monetization revenue model (paid download or in-app purchase/subscription), if the app is going to be free to users, there’s not a great incentive for backers. A way around this is selling app-related merchandise in the funding campaign rather than the app itself, although it’s important to note that sourcing and shipping relevant products is another small business in itself with its own problems that distract from the core app business. Even where a paid app is being pre-sold to backers there can be issues, particularly on iOS, where you can’t distribute an app to large numbers of people outside the app store. Some developers have managed to negotiate an acceptable way to do this with Apple. Others have used the money pledged to gift the app to all the backers. Either way there are downsides, a separate version of the app which is free with a backer login does not generate downloads or reviews for the main app, while gifted apps are subject to Apple’s 30% cut (on top of the crowdfunding provider’s cut and payment processing fees), plus recipients of gifted apps are also unable to leave reviews. While Android allows direct distribution there is no gifting, if you want your early backers to generate downloads and reviews it’s probably necessary to release a free version with backer login/unlock first and then update that with a paid but open version after they have all downloaded… seems fraught with potential issues.

Although generic crowdfunding platforms like Kickstarter have by far the biggest audiences it’s still difficult to get noticed in the crowd. Most of the biggest successes have come from developers that were already well known. Also, projects that are featured by Kickstarter have an 89% chance of getting funded vs 30% for those that aren’t. Project founders with a larger network (as measured crudely by their number of Facebook friends) have also been much more successful at getting funded. In any case it’s essential not to underestimate the importance of marketing a crowdfunding campaign – it is your app “launch” after all. As crowdfunding becomes more popular, more specialist sites are launching, catering to specific markets. Right now this is only showing very limited activity and modest funding levels for apps. If these markets mature then we may see communities of early adopters using them to discover new apps – it’s a trend worth watching. In the meantime, consider crowdfunding as a method of reaching early adopters and getting fast feedback on a concept rather than just an alternative funding mechanism for your next app idea.