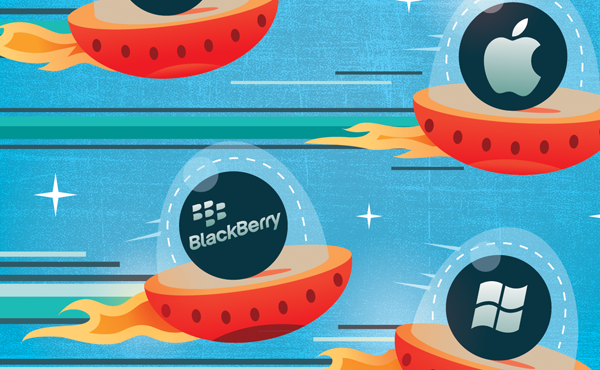 Creating versions of an app for multiple platforms (at least iOS & Android) is an increasingly common requirement. Building and maintaining native code for every platform supported is both difficult and expensive. Cross-Platform Tools (CPTs) offer a solution to this problem by enabling sharing of code across platforms and in many cases a single code base can target multiple platforms. With such significant cost savings available, why don’t all developers use CPTs?

Unfortunately the platform spanning magic provided by CPTs doesn’t come without any costs. Most CPT vendors depend on licensing revenue – developers have to pay to use the tools. Of course the cost of licensing most of these tools is far less than the cost of a full native port of an app to one additional platform. However, there are more costs associated with adopting a tool than the license fee; learning to use a CPT and building confidence in it’s suitability for future projects requires a significant time investment. The potential future cost of switching away from a tool that isn’t working out as hoped is also something that developers must consider.

The spread of Freemium models

In order to build sufficient confidence in a CPT to build their businesses around it, some developers need lots of time for evaluation, perhaps building a side project before risking major apps or customer projects. For many the 30 day trials that were typical in the sector just weren’t sufficient. One of the first mobile CPTs, MoSync, was very early to recognise this and had generous free options early on, they even went open source with a dual licensing model back in 2009 around the time many of their competitors were just launching. This year has seen a tipping point, possibly partly due to increased competition in the sector but also to capture a larger share of the ever growing demand for mobile development – Appcelerator, Corona, RunRev, Unity and Xamarin have all either switched to freemium models or expanded their free offering for mobile. RunRev has also joined MoSync in releasing their code under an open source license, Appcelerator have open sourced more of their code and Xamarin have just open sourced some of their cross-platform API wrappers. Having access to the code for the cross-platform layer can help remove developer fears of getting blocked by a bug in their chosen tool and being entirely dependent on the vendor for a rapid fix.

In many areas platforms are sufficiently different that it’s not possible to unify them under a single API. CPTs get around this in a number of different ways:

1) Not providing access to the problematic functionality – this restricts what developers can create.
2) Providing a lowest common denominator API – this prevents developers from using the full power of the native platforms.
3) Providing their own implementation of the functionality – this can bloat apps and often prevents them from having a fully native experience.
4) Providing thin wrappers or separate extensions for each platform – this gives maximum control but adds complexity to the code, reducing the benefits of a cross-platform approach.

Different apps, or even parts of apps, will have different priorities that determine which of the above approaches are acceptable. For example, a mass market consumer utility app is likely to require a completely native look and feel for the UI, while an internal app for a large enterprise may want to look and feel exactly the same on all platforms to minimise both development and staff training costs. The same tradeoffs won’t always apply to every part of an app either; most games have a completely custom UI and don’t require access to the native platform UI components at all, however, they may well want access to the new Google Play game services, or the iOS 7 Game Controller APIs as soon as they are available.

Faced with a still growing list of platforms to support and wide array of new features in each new platform version, CPT vendors now have to specialise for a sufficiently profitable subset of the market that has fairly narrow requirements or become increasingly flexible. Most vendors currently provide flexibility through a native interface that enables the creation of third party extensions or plugins. Xamarin’s approach to flexibility enables developers to (semi-)automatically generate wrappers for any native API or library, which is ideal for developers who want to stick with C# for all of their own code yet build on the work of native developers for each platform.

Even greater flexibility is possible though. What if you could just build the parts of an application that made sense to be cross-platform with a CPT? RunRev has a beta for an embeddable library version of their engine to enable this, although currently only for iOS. They are also re-architecting their engine to put 3rd party extensions on an equal footing with the core functionality – even allowing them to extend the language where necessary. Another interesting option going forward here is Digia’s Qt, the open source cross-platform framework that was acquired and re-purposed for mobile by Nokia before they dropped it in favour of Windows Phone. Qt is now the native framework on BlackBerry 10, Ubuntu Mobile and Sailfish OS and is close to production readiness for iOS and Android; it also has a Tizen port ahead of the release of that platform. The core of Qt being C++, it can easily interface with native code on most platforms and has always been delivered as a library, so it’s also embeddable within native apps.

This library format means that developers can start cross-platform and add or optimise parts of their app with native code later. It’s possible to just add a full native experience for the platforms that get the most traction. Alternatively, starting on a single platform and then adding new functionality that works across all platforms after achieving some success and starting to port to other platforms is also an option. Last but not least, the library format also removes any concerns about lock-in. If a developer decides to migrate away from a CPT, they can do so gradually, without having to port/re-write everything in one go. It’ll be interesting to see how many vendors can push flexibility this far and how many developers take advantage of it.