back to blog
June 05, 2014
Confessions of a BlackBerry developer
byAlex ChristouinPlatforms

It’s been almost 2 years since the first beta release of the BlackBerry 10 SDK. Back then, RIM decided to launch the “happy developer” initiative, which was comprised of two parts. The first was targeted at some of the largest software houses and the second, at the long tail of developers. The first part was successful, since most of the big software houses are now supporting BlackBerry10 either by building native apps or by porting their existing Android apps into BlackBerry World. 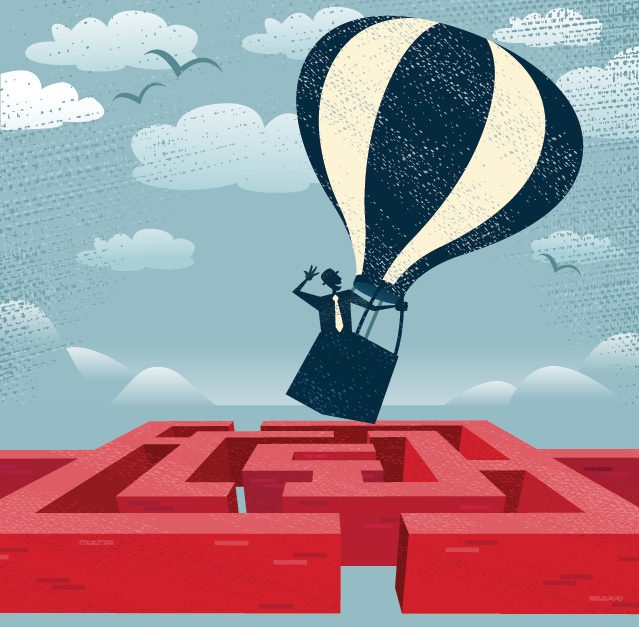 The second part of the initiative, which was aimed at indie developers and hobbyists, is a different story. It seems to me that BlackBerry tried their best, shipping beta devices all over the world, getting the developer relations team on the road, in order to help developers face-to-face, giving incentives like the 10k$ commitment (money that was delivered every month, just as promised), and, most importantly, engaging with all developer communities or individuals from around the world 24/7.

The need for change

BlackBerry went through some difficult times during the past 2-3 years. The company seemed to be unable to get it right, and the negative media attention wasn’t helping. The BlackBerry 10 launch was not as successful as the company would have liked.. The legacy BlackBerry devices were outselling BlackBerry 10 devices quarter after quarter,..
A change was sorely needed in the company’s direction and plans. Cue John Chen. Once Chen was named CEO he brought a whole new set of ideas to BlackBerry, and a new plan of action.
Success comes after a company becomes viable and profitable at the same time. Under the new leadership, BlackBerry started adhering to timetables and deadlines and showing all signs of following a specific plan.

There’s just one thing that did not change, and that’s their commitment to developers. Yes, they are shorter on staff (the developer relations team was merged into another team under Martyn Mallick), the VP of Developer Relations, Alec Saunders, is now in charge of QNX cloud, aka Project ION. But the tools are still getting updates, and the roadmap, which is more important in my opinion, is active, showing that there is a plan for the BlackBerry 10 platform. BB 10.3 is now just around the corner new devices are on the way, and the future looks a little brighter for a company that went through hard times but now looks ready for a comeback! 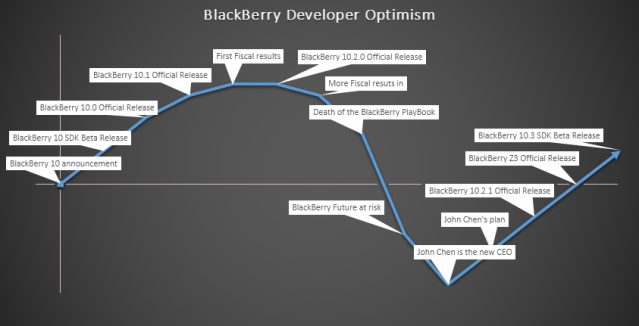 There’s also been a change in the central message that BlackBerry is attempting to communicate to developers. When BlackBerry 10 was first introduced, this message was “Flow-Connect-Extend”. It was all about the core basics of the new platform.

For the 10.2 update the message was changed to “Adapt-Sense-Understand”. BlackBerry had more features available for developers, such as headless mode (i.e. apps running in the background), and use of geolocation in apps. Now this message has changed once again, and it’s all about the Internet of Things (project ION). We still don’t know too many details, but it has to do with big data in a secure environment (QNX cloud) that can be used by developers to create a whole new breed of apps.

Back to reality. As a developer targeting BlackBerry 10 myself, I realize that publishing an app is a twofold process.
The first step is developing the app. BlackBerry offers a completely risk-free environment, with fully engaged support and tool options. During the past couple of years, the SDK has been updated many times, each cycle an improvement over the previous one.

The second part is what comes after publishing the app. This is where success/time spent in part 1, takes place. Success means different things to different people. It might be measured in terms of money earned, number of downloads or even a high rating for their app in the BlackBerry World app store. The truth is that developers don’t have many tools at their disposal to reach their goal, whatever that may be, and BlackBerry’s current status in the top markets is not helping improve this situation..

But what about the countries and regions in which BlackBerry is still a best-selling handset manufacturer, such as Indonesia, South Africa, Nigeria and the Middle East? It might not be as easy as it sounds to target specific markets. Let’s take a look at the distribution of downloads and revenues around the globe (I’m using my own app as an example). 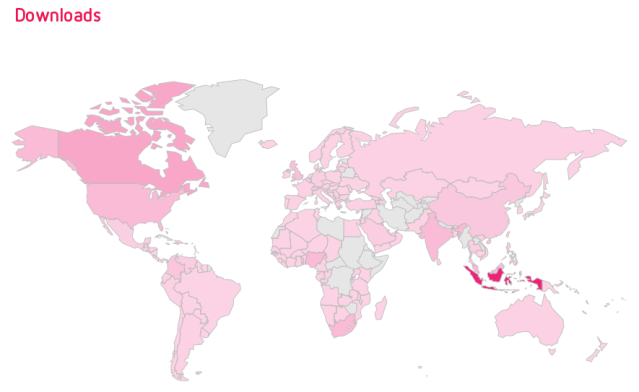 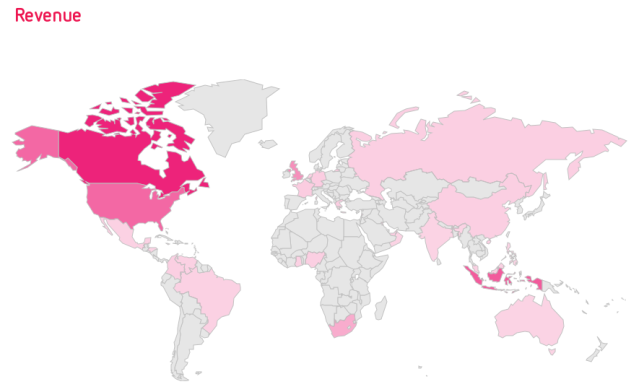 It’s clear that BlackBerry has to improve its standing in major markets. Many think the main reason for low device sales in key countries is the lack of apps – but maybe it’s actually the other way around. Perhaps we have a formula that looks something like this: device sales -> more users -> more profit for developers -> more developers -> more apps
At the end of the day, engaging with BlackBerry is going to be a personal decision. There are some important parameters still missing from the BlackBerry platform, which might be keeping many developers from migrating to, or at least adopting, BB 10. A lot of these parameters, however, are not strictly related to actual development, i.e. coding.

But developers should keep two important factors in mind: BlackBerry 10 is still one of the newest OSs out there, which means there’s a lot of room for growth. Also – BlackBerry still is, and will continue to be, a leader in enterprise solutions, which is translated as a strong brand name. This combination indicates that there’s potential for BB10.

If I were to give developers some advice on whether to adopt the platform, I would say go for it. Built it or bring it – i.e. either go native or bring over your Android app. The tables may turn sooner than you think.